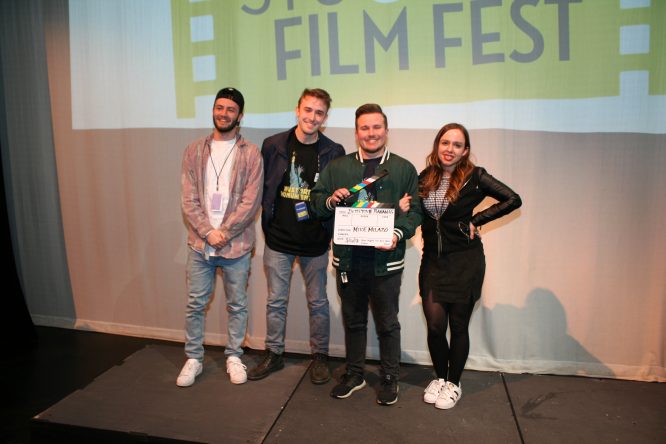 PRESENTED BY THE GRAND FOUNDATION

The public is invited to attend our exciting 4th season of the Grand Foundation Student Film Festival, featuring short student films from college, high school and private film/art schools all over California, Arizona, Nevada, Oregon and Washington. These impressive films may make you laugh, cry, move you to action, and at the very least—entertain you!

This is a very engaging way to spend a Saturday, when as many as 25 student short films all under 15 minutes in length are live-screened in the ETK Theatre inside the Grand Theatre Center for the Arts. These short films cover diverse genres including: indie, comedy, experimental, animation, documentary, political/cause, narrative, P.S.A. and others.

Join our audience of film lovers to support these emerging student filmmakers as they vie for educational scholarships. Each short film will be pre-screened and judged by our esteemed panel of jurors who will select the three best films in each division: high school, college and immersive art schools. Viewers are invited to vote for their favorite film in the audience choice awards and see if their favorite matches the judges’ selections.