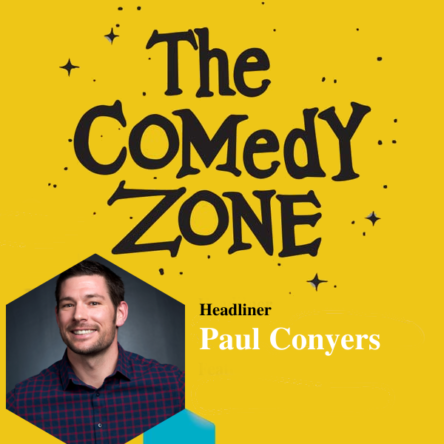 The Comedy Zone with Paul Conyers

Paul Conyers is one of the fastest rising comedians in the country. His razor-sharp writing and confident performing style have made him a crowd favorite in the Bay Area comedy scene and beyond. Paul’s debut comedy special, “Above The Fray,” was released in August 2020 and is available on Amazon Prime Video. Paul won 1st place at the 2020 World Series of Comedy Main Event in Las Vegas. He is a regular at comedy clubs, theaters and casinos all over the country and Canada, and has also performed at SF Sketchfest, the Oakland Comedy Festival, and the Big Pine Comedy Festival, where he was awarded “Best of Fest” 2021. You can catch his comedy playing on Pandora and SiriusXM. Paul is absurdly tall and may become confrontational if you claim to know more about Harry Potter than he does.