Miguel “Mike” Guerrero (Stockton, CA) was born in Michoacan, Mexico on February 27, 1932 to the late Miguel and Consuelo Guerrero, and grew up in the California Central Valley.

He memorialized his early experiences as a boy, immigrant, and student in the United States in a book Reflections of a Little Brown Boy, written in adulthood. His athleticism in boxing as a young adult in school led to further training, resulting in Pacific Coast and NCAA featherweight championships. After a stint in the Army where he served in Germany and at the American Embassy in France, he returned to attend college at San Jose State University, and earned a MBA from the University of Santa Clara. Miguel retired as a Business Instructor from San Joaquin Delta College, then continued teaching printmaking through the Stockton Institute for Continued Learning.

Along with his teaching career, he became deeply interested in studio art, experimenting with sculpture and moving into drawing, painting, and printmaking. He exhibited widely for over 30 years with notable local exhibitions at The Haggin Museum, Mexican Heritage Center, Alan Short Gallery, LH Horton Jr Gallery and at the Grand Theatre Center for the Arts. His works are held in numerous private collections, and a bronze sculpture resides in the collection of the Department of Migrant Education in Washington, DC.

Always a teacher and mentor, Miguel made many lifelong connections with educators, students, and artists. Gregarious, friendly, and generous by nature, he enjoyed sharing knowledge, good foods, libations, stories, and conversations. He was a positive person with an upbeat attitude and good sense of humor, yet grounded, strong, and loyal. Beyond teacher and artist, he was a cherished husband, father, brother, and friend that will be profoundly missed by his family and our community.

Lino Giovacchini (Tracy, CA) was celebrated member of the creative community and dear friend of the Grand. Mr. Giovacchini, a life-long resident of San Joaquin County, was a U.S. Coast Guard veteran, Fireman/Captain at Lawrence Livermore Lab Site 300, general contractor, and a unique artist of the region. As an incredible self-taught woodturner and sculptor, Lino mastered the metal lathe to create both functional and sculptural work. He is known for his intricate bowls, vases, and boxes built from exotic hardwoods and salvaged construction woods, and has been honored for his beautiful spruce models of farm machinery. His works often hold connections to his family, friends, upbringing, and Italian heritage.

A long-time member of the Tracy Art League, Lino exhibited in the Grand Galleries and across the area. In addition, prominent works are in the public collections of the Cities of Lathrop and Tracy. In Tracy as part of the Civic Art Program, he was commissioned to create work for the Sister City Association’s exchange with Memuro, Japan, and to build the large-format re-creation of the historic Southern Pacific 1293 switch engine on display in City Hall.

Lino not only made impressive objects (and delicious soup!), but also he shared knowledge. He taught others about tools, craft, and work ethic. Often he would attend events or visit the Galleries engaging viewers, answering their questions, and inviting them to see his incredible workshop with a charming smile. The Grand family and our community will greatly miss him. 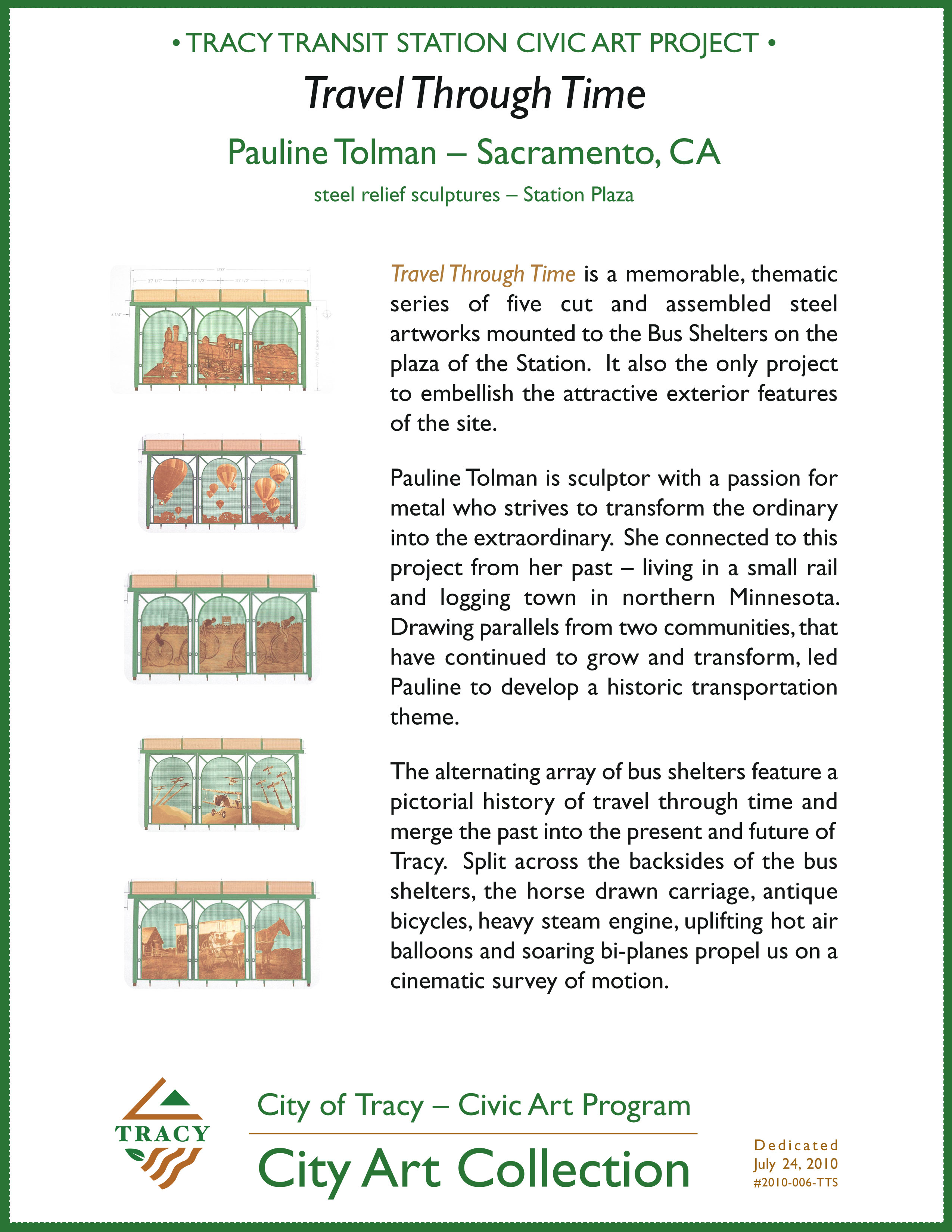 Pauline Tolman  was a Sacramento/San Francisco-based artist inspired by nature, beauty, whimsy and childhood, known for her large scale metal sculpture and architectural installations.  Her striking cinematic installation – Travel Through Time, 2010 – is prominently featured and celebrated on the bus shelters at the Tracy Transit Station on 6th St. in downtown.

Pauline’s work resides in several public and private collections in the region.  Recently, she was proud to assist artist Dana Albany on here monumental work Tara Mechani featured at Burning Man, and currently on display at Plaza de Cesar Chavez in San Jose through June 9th, 2018.  Pauline was also an artist in consideration of a future civic art project at Legacy Fields in recognition of Tracy’s rich baseball history.

In addition to her work as an artist, Pauline engaged in cycling, kayaking, hiking, camping, snowboarding and nature photography.
A celebration of her life will be held in July in her hometown of Bemidji, MN. 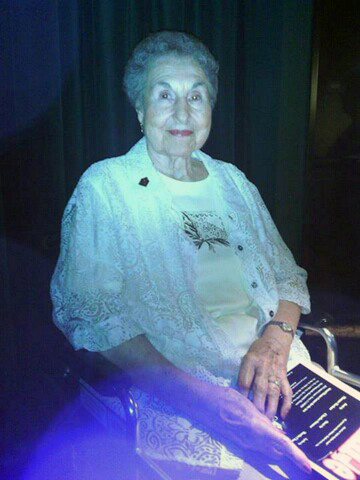 For many of us, Leona was the true champion of the revival of the historic Grand Theatre into the contemporary arts center it is today.  Her never ending energy to make the Grand rise again was powerful and influential to the hundreds of collaborators, and thousands of community members, who worked on the project for years.

When challenges emerged, Leona always had the right words of encouragement and sweetest twinkle in her eyes.  As a Grand Girl working at the theatre and as a life-long arts patron, the support and wisdom she generously shared was inspirational and priceless. Our Staff at the Grand and community-at-large will deeply miss her. 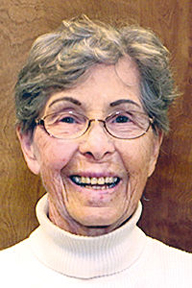 Ms. Talley was also a Board Member of the Arts Leadership Alliance (now Grand Foundation) who worked in collaboration with the City of Tracy in the development of the Grand Theatre Center for the Arts.  For many years after the Grand opened, Gretchen would enthusiastically attend events and promote the Center, as well as consistently offer kind words of support to the Staff.  Her sincere efforts were always appreciated and she will be greatly missed.

Additional details about Gretchen’s impressive life has been recently documented in the Tracy Press. 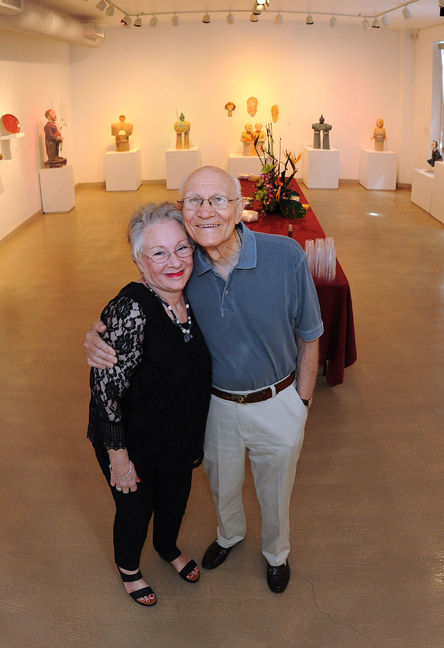 Bruce Duke was an immensely important ceramic artist and arts educator who is defined by a life-lived.  His art and mentorship impacted thousands of lives, and he was a star-maker of numerous, prominent clay artists including Viola Frey.  Our community has lost a legend.  We are humbled to have premiered his retrospective exhibition in 2015, represented his work in the Co-Op, and to have recently celebrated with him at the Art Awards Luncheon (Artist Mentor of Influence & Inspiration Award) in August.

Bruce is pictured with his daughter Cathy Anderson just before the Opening Reception for Father Clay – Bruce Duke Retrospective on August 29th, 2015.  – Photo courtesy of Ernie Anderson; all rights reserved. 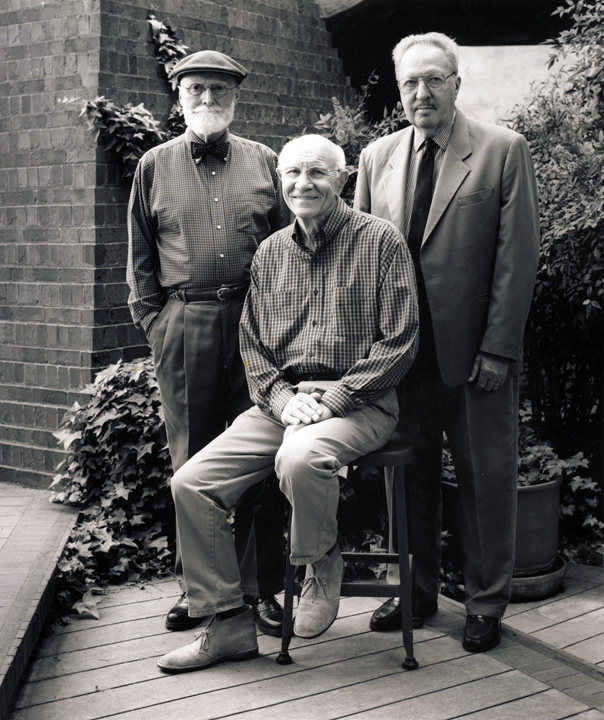 Stephen (Istvan/Pista) Agoston Gyermek (Nov. 9, 1930 – Oct. 26, 2016) was a fourth generation artist from Hungary who lived and worked across four countries including Holland, Spain and the United States of America.  He was true Master Artist producing significant bodies of work in design, drawing, painting, printmaking and stained glass.  In addition he was a celebrated Art Historian, Museum Director and Professor. For nearly 50 years Stephen was a prominent and esteemed member of the educational and creative communities of San Joaquin County.  In 2011, the Grand Theatre Center for the Arts premiered Kunstlerleben – From Budapest to the Valley – Stephen Gyermek Retrospective (June 25th through July 23rd, 2011).

The exhibition featured works from Stephen’s life from age 10 to the present, and was met with celebration and acclaim attracting visitors from across America. To have known Stephen was a great gift… he could charm you with a vast understanding of world history, speaking across seven languages, while making you contemplate and laugh at the same time!The Record’s Michael Fitzgerald has written a story in Stephen’s honor.  Please consider commenting or writing a letter to the Editor voicing your support for The Record’s important coverage of issues related to our creative community.Jim Lewis, Bruce Duke & Stephen Gyermek are pictured at San Joaquin Delta College, circa 1990s. – Photo courtesy of Karen Olson, all rights reserved.

Pat Sanchez (Tracy, CA) was a truly special and memorable member of our community. Ms. Sanchez served as a nurse for 20 years, including caring for terminally ill children. Since 2007, Pat worked as a gourd and pine needle weaving artist.  She began exhibiting professionally at the Grand in the fall of 2010, and quickly became a gallery favorite.  Pat also offered a series of workshops in the Arts Education Program, patiently teaching hobbyists and artists alike how to work with her preferred materials.

Pat was highly supportive of the Grand Theatre Center of the Arts and her extraordinary loyalty and contributions to our programs will be remembered and celebrated. Before her passing, Pat donated one of her signature gourds to the City of Tracy – Civic Art Collection.  It will remain on display in the Grand Galleries for the remainder of the 2015-16 Season in her honor.

Rowland Cheney  (Clements, CA) was a  prolific member of our creative community. He and his fiance,  Mary Doucette of Lodi, were among the nine people lost in a plane crash near Ketchikan, Alaska in June of 2015.

Mr. Cheney was a celebrated Emeritus Professor of Drawing, Painting and Sculpture at San Joaquin Delta College, professional artist and an important member of the Kiger Mustang community.  The Tracy community worked with Rowland for three years to create the largest work of his career, the monumental 20′ landmark sculpture Harvest of Progress, at Central Avenue and 6th Street in downtown.

The photo (courtesy of the Tracy Press/Glenn Moore) to the left shows the artist hard at work on the cold night of December 5th, 2013, when Harvest of Progress was installed. 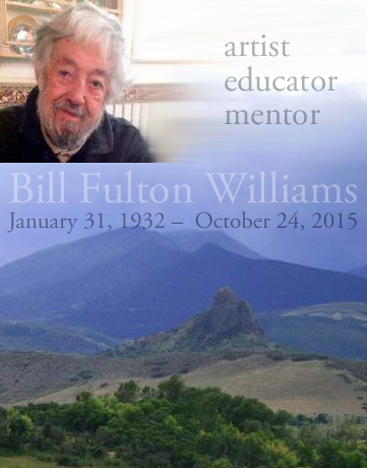 Bill Fulton Williams was a celebrated artist and educator for 30 years, teaching at Stockton College / San Joaquin Delta College with esteemed colleagues, Rowland Cheney, Bruce Duke, Stephen Gyermek, Jim Lewis and Pat Nakamura among others.  For many years a Scholarship Award in Drawing has been presented during the annual Student exhibitions at the DCA LH Horton Jr Gallery in his honor.

Mr. Williams retired to his home state of Colorado but would often drop by the Grand Galleries when back in California.  Not only will he be remembered for his generosity as a professor and mentor of fine art, but also for his kindness, tenacity, critical eye and sense of humor.